August 15, 2017 at 11:48 pm, No comments
Calculations for the arduino representation of the cycles; 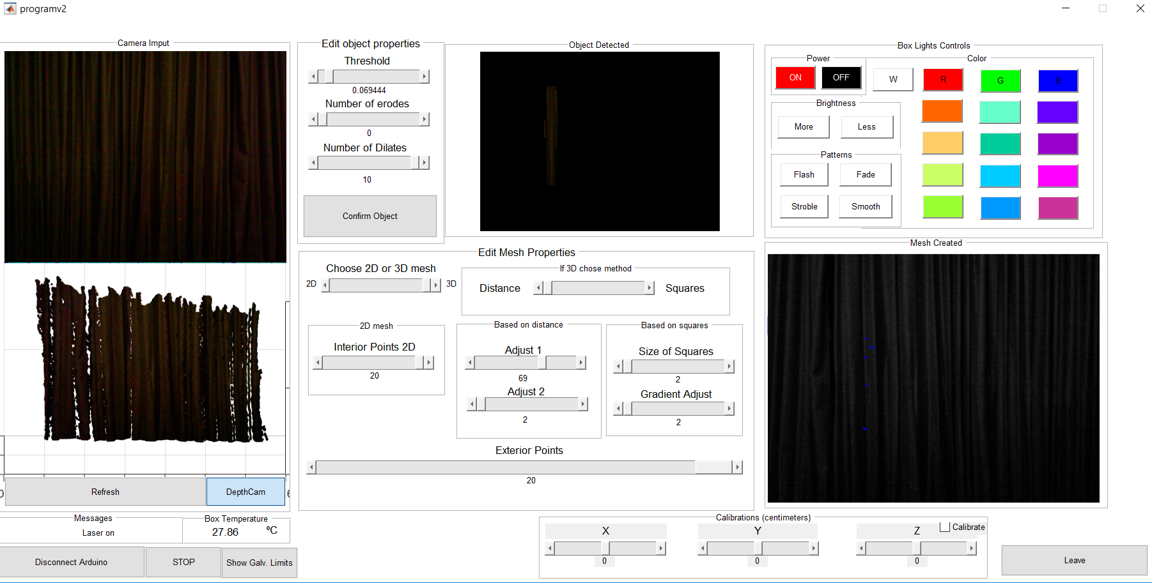 The new app allows to:

To change the colour of the box lights, infrared communication between the arduino and the lights (bought with the receiver) was established. 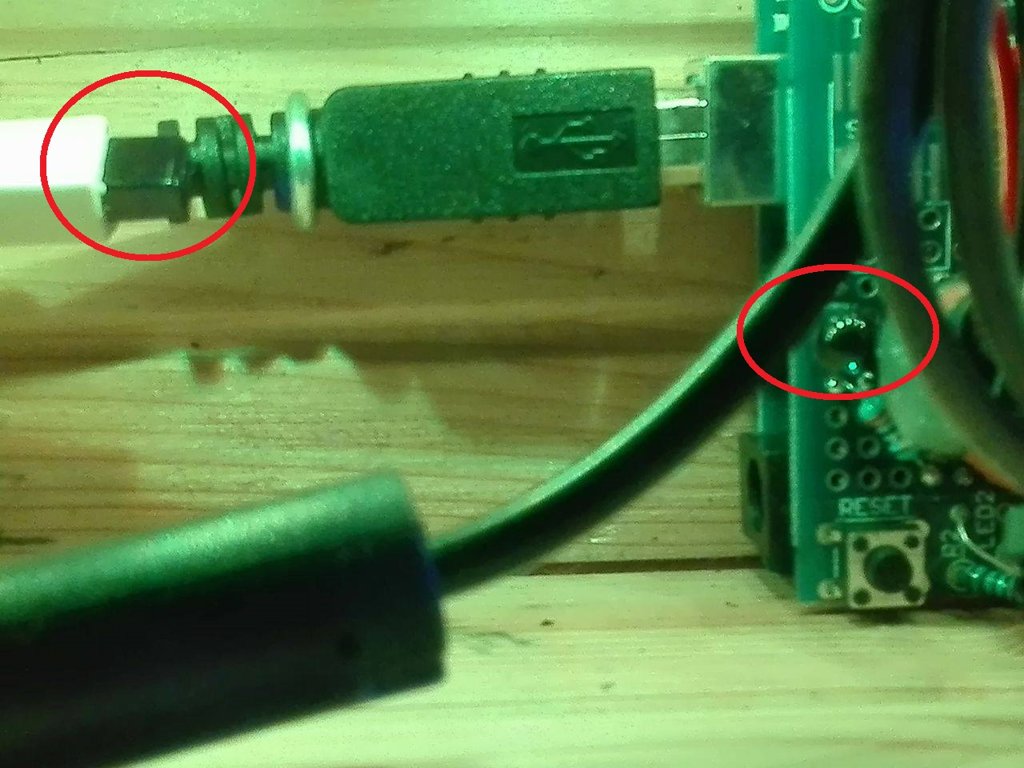 To read the temperature, a temperature sensor was installed on the top of the second shelf. Since the drivers of the galvanometer, when "online", heated up to a reasonable temperature, a fan was installed. The fan speed is always maximum since its connected directly to the 12V power source. The decision to keep it that way was the lack of time. 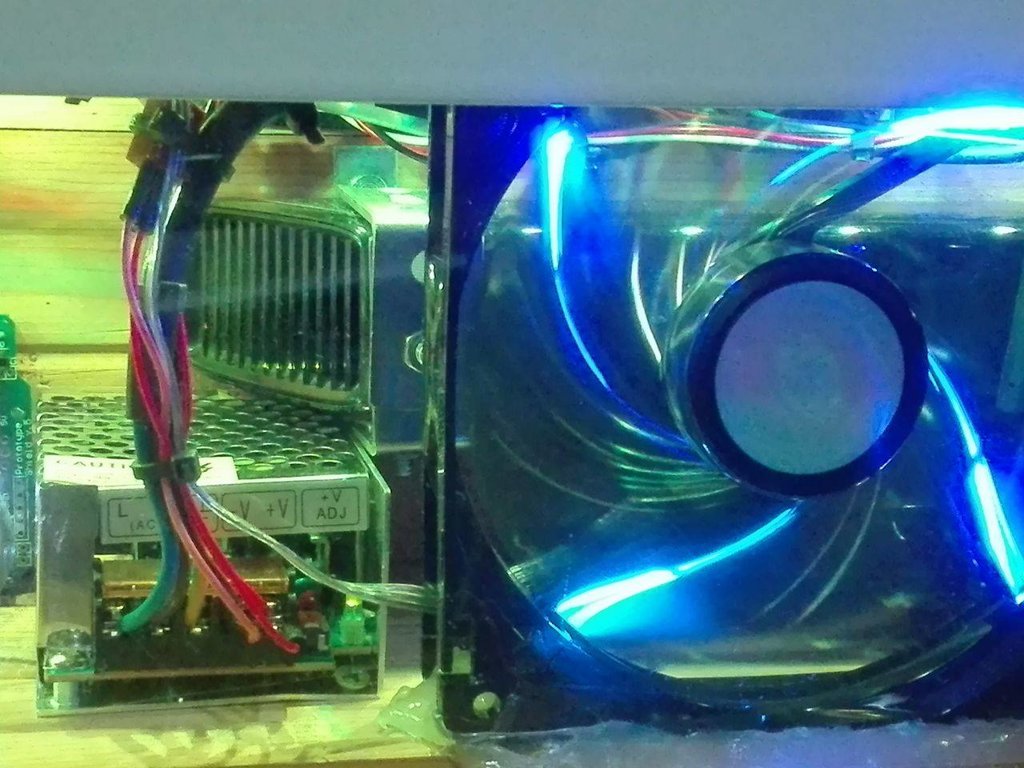 To work the the serial port, more code on the matlab and arduino was developed.

The code for the arduino to recieve the data of the points was rewritten. The readuntilstring() function, when used to read large strings fails. So an alternative function used to read the string char by char and build the string. Then getValue() was used, which was found on link, separates the string in smaller strings by the char ";", which was the same used before. Since the entire string was saved, no need to create a matrix to save it, so that part was deleted and instead of readding a matrix, the string will be read. 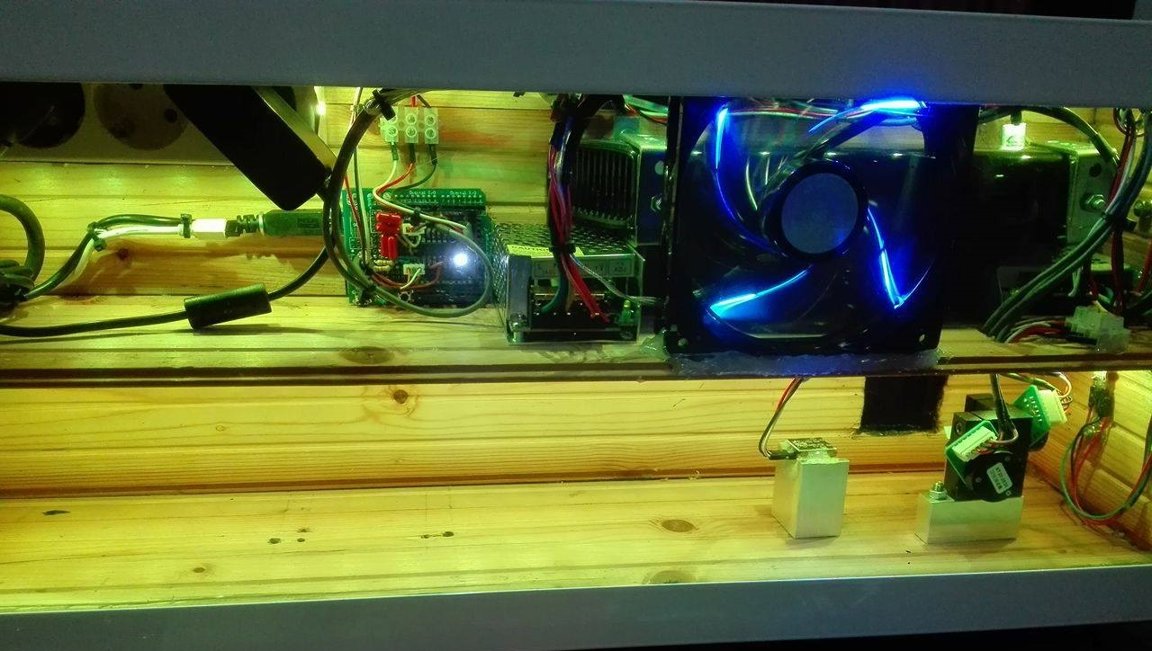 Figure 4- Box aspect inside at this date.

To avoid having 3 wires laying around, a solution with a usb hub and a usb extension cable was studied but the kinect somehow detects when it's not connected directly to the computer, so that solution was left behind.

Also, to try to only use one low-pass-filter for each mirror, a solution with a logical gate was tested, but it was found that the logical gate only works at 100% with a digital signal. So, two more low pass filters were built into the arduino shield, since the logical gate was already welded. This way, 2 pwm signal are sent, and 4 digital signals control each one of the gates. The pwm signal is sent to both pins on each mirror (up and down), and, other arduino pin controls if it is on or off. 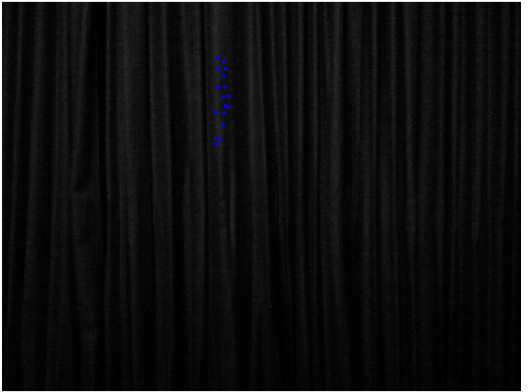 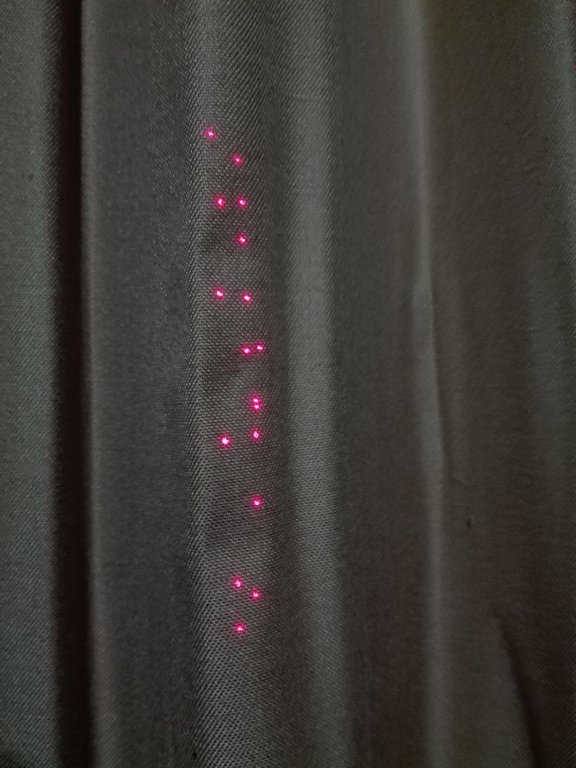 Since the old platform to hold the laser was made for the first points, its dimensions were wrong, so a new platform was built in wood for the both laser pointers, the 5mw and the 80 mw lasers. 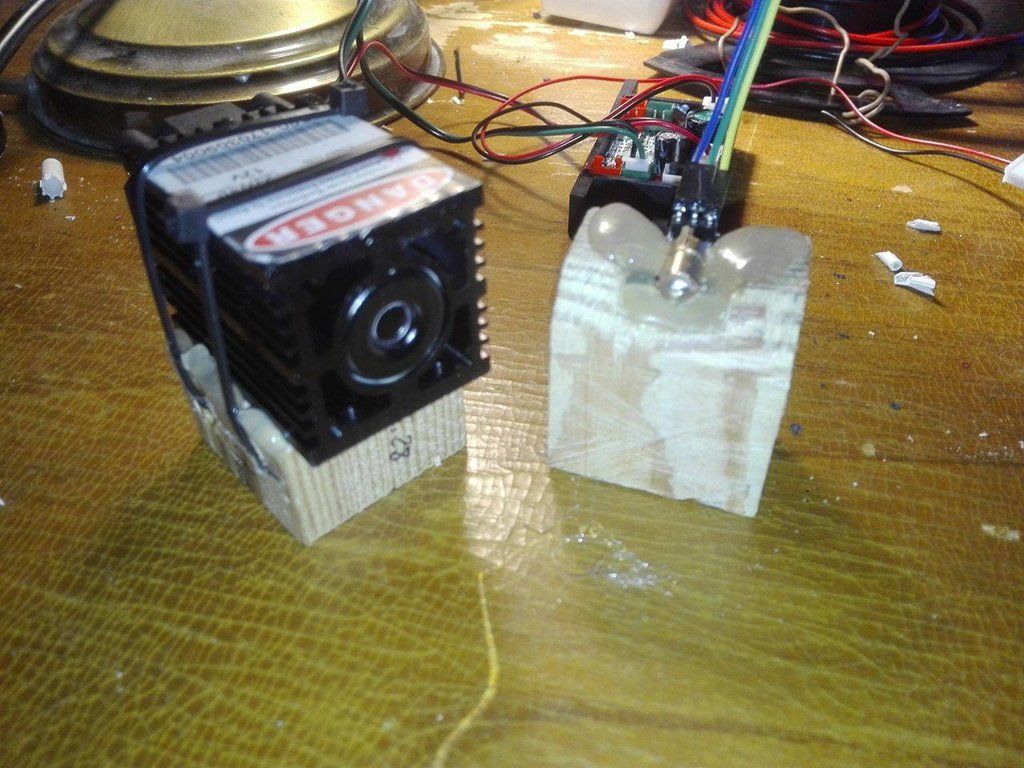 Also, for the vision component, a light was installed on the front of the box. Since there was no relay available at the time, a button was also installed. 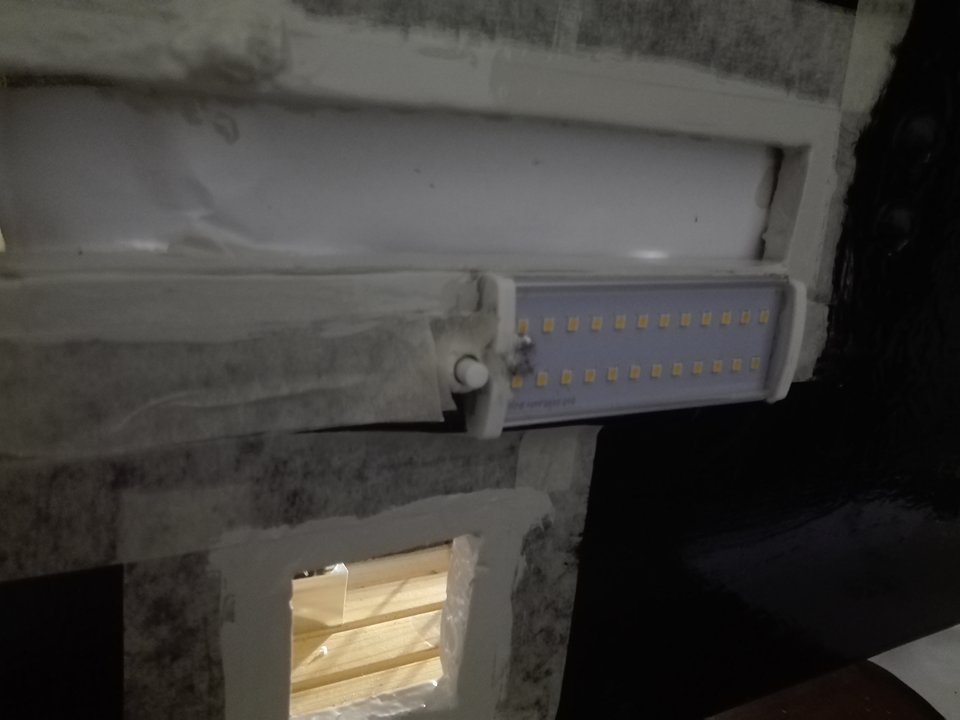 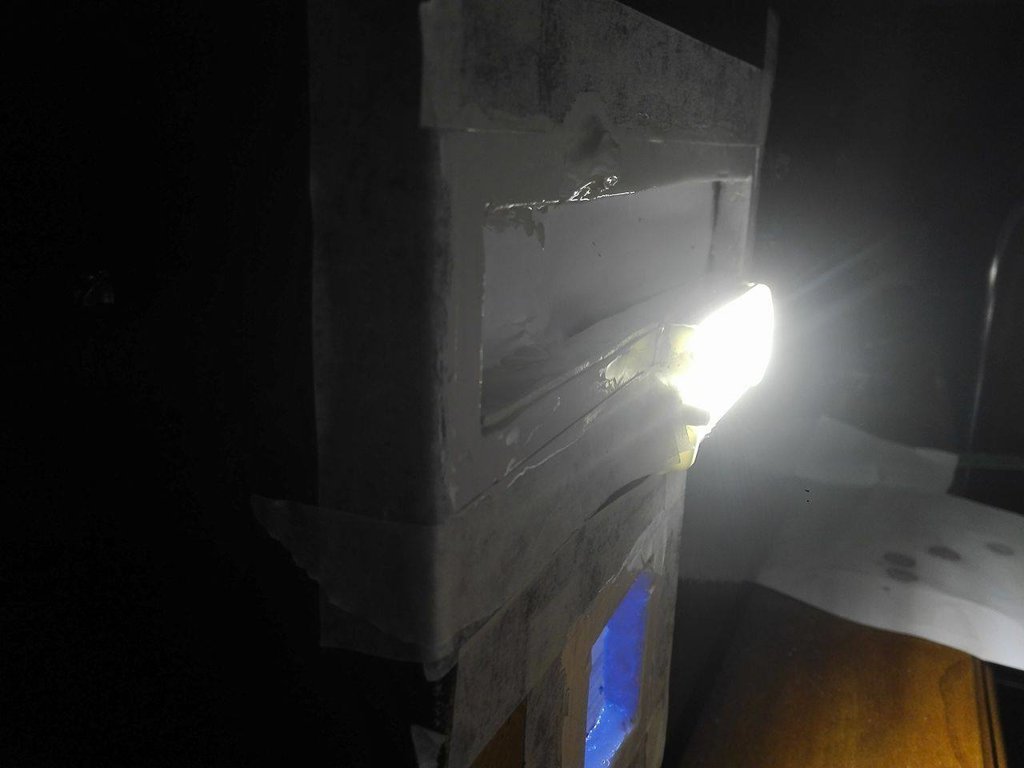 The light is positioned right under the rgb cam of the kinect.

The dac that will be used on the work are the MCP4725. This device communicates via I2C. This kind of communication is made using the address of each device. Since the DAC's have the same address it's impossible to send commands to just one. So, ways to change the address have been searched. A solution was found on link which said "To change the address of your other device, simply de-solder the jumper and add a blob of solder to the middle pad and the Vcc pad." 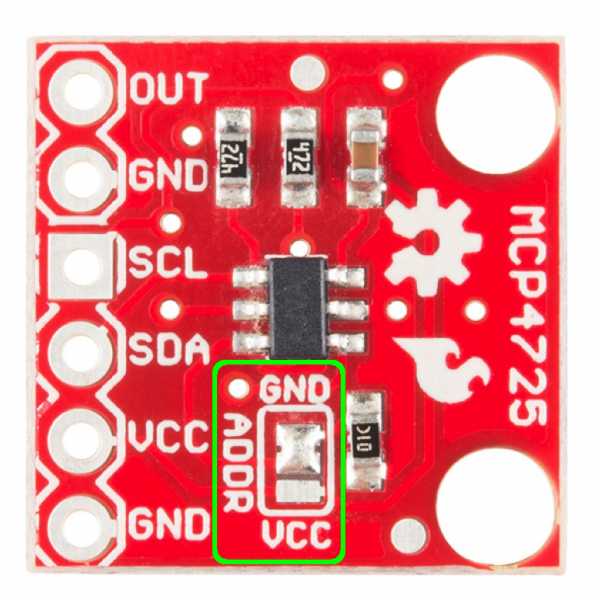 This way the addresses 0x62 and 0x63 were possible. Since only 2 DAC's were necessary at a time, the vcc pin was set to 0v on 2 DAC's and 5 on the other 2. This was supposed to allow to operate one DAC at a time but instead the system froze.